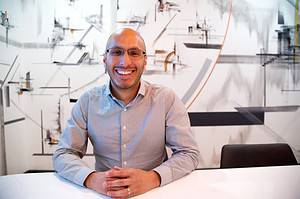 “One of my first clients was gay, and he was seeking asylum. He had been speaking with me and other immigration attorneys for months, but he was not saying he was persecuted for being gay. He was telling another story that was not strong enough to win an asylum case. Finally, I said to him, ‘I cannot believe you are gay, in this country, in this specific place, and nobody has hit you in the face because of it!’ And he was like, ‘Well… yes, that happened to me.’ I said, ‘Why did you never say this before?’ And he said, ‘Nobody asked in the way that you asked.’

This experience helped me realize something. I told him, ‘I feel like I am an icebreaker. All the time, I will tap the ice around you by asking questions. And when I break the ice, you will feel naked and you will want to hate me. But when the ice breaks, a lot of emotions will be released.’ When I’m talking with my clients, I need to break open what is inside. I’m not sure if all immigration attorneys see themselves in that way, but I see myself in that way.

At the end of the day, this guy won asylum. But even before he won, after our interview, he said, ‘German, I don’t care if I lose or win. You helped me understand that it does not matter that I’m gay. People need to respect me. Thank you very much.’ I thought, ‘Wow! I made a difference, I changed someone in some way.’ What’s important in immigration law is taking care of not just the case but the person. It’s hard. And maybe in 20 years, I will be more cold and more detached. But I don’t think that will happen, because I feel like I came to this world to help people.” 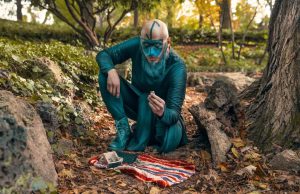 “I’m worried this may sound crazy, but ever since I can remember, I have had a good perception for things that are spiritual. For example, one day I was on the beach in Colombia, and I said to the sea, ‘Okay, Poseidon. Give me a gift.’ And I put my hand inside the sand and took out a rock that was engraved like an obelisk. I still have it and it is beautiful. I was 18 years old. I Googled ‘rock and energy’ and I found the Nordic runes. The runes are like an oracle. Instead of seeing the future, they help you with the present. Each rune means something. For example, Tyr is an arrow. Vikings normally have an arrow on their shields because that means ‘to the victory.’ When I’m reading runes for somebody, I ask questions. If Tyr reveals itself and then Laguz, well, Laguz means ‘flow.’ So maybe the reading is, if you want to have victory, you need to flow. I’ll ask the person I’m reading them to, ‘What are you doing right now?’ They may say, ‘Ah, I want to write a book.’ ‘Why are you not writing the book?’ ‘Because of work,’ etc. ‘Well, you should take five minutes a day to write what you want and try going with the flow. Everything that comes to you, write it.’  I actually said something like that to a person many years ago and now she has written three or four books.” 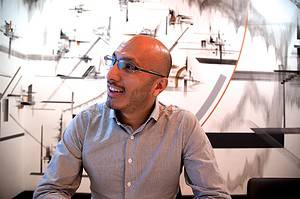 “So I read all about Nordic runes, and then I became interested in numerology. In numerology, each number, from one to nine, has a personality. The numbers 11, 21, and 33 are the master numbers. I am number 33. If you are vibrating with a 33, you are a person who, no matter what you do, are very concerned about others and you try to counsel them. And if you are rooted in number 33, you can learn to disconnect when there’s an issue. I don’t know how I do it, but I hear a lot of traumatic stories, and I go home at the end of the day and don’t talk about it and don’t feel affected emotionally. As a 33, I know that helping people is the most important thing. What’s interesting is that sometimes my clients don’t care if they win or lose their case, they just want to be heard. And they want to be heard not just by me, but by a judge. They want to make sure they can really express their stories — what happened to them and share how they feel now. As an immigration lawyer, I don’t think of what I do as a business. I’m focused on empowering my clients by teaching them how the immigration process works and by treating them as humans. It does not matter that they don’t have a ‘good’ case. What matters is taking 30 minutes out of my day to talk with that person, to understand their situation, and to give them the chance of being heard.”