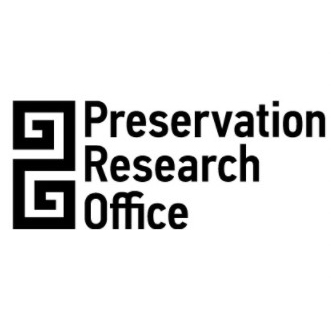 The Preservation Research Office (PRO) is an independent, research-based heritage consultancy based in St. Louis. PRO’s projects draw people not only to better steward and appreciate historic places, but also to recognize the inherent social capital of places and buildings. PRO combines technical know-how in building and landscape preservation with innovative approaches to public policy and values-driven heritage identification. Since 2009, PRO has aided city governments, homeowners, neighborhood associations, museums, and developers in St. Louis and across the U.S.

PRO offers a full range of preservation services that can suit single buildings or entire neighborhoods. Among our larger projects have been surveys, historic district designations and public history projects in distressed neighborhoods that often have more vacant lots than buildings — but still tell important stories.

Since 2009, PRO has aided city governments, homeowners, neighborhood associations, museums and developers. Most of PRO’s work has been in our home base of St. Louis, but we have completed projects in Illinois, Iowa, Kansas, Missouri, North Dakota, Oklahoma and Pennsylvania.

Architectural historian, cultural geographer and heritage conservationist Michael R. Allen founded the Preservation Research Office in 2009. Allen also is on the faculty at Washington University in St. Louis, where he is Senior Lecturer in Architecture and Landscape Architecture, and Lecturer in American Culture Studies.

Through the Office, Allen had led architectural surveys, historic district nominations and rehabilitation planning efforts across the city of St. Louis, East St. Louis and other cities in Missouri and Illinois. Allen’s work emphasizes the social, economic and political dimensions of preservation planning in legacy cities. Allen is a frequent speaker on preservation and regional architectural history, and has appeared in settings ranging from the 2014 National Preservation Conference to the St. Louis Art Museum.

Allen is the author or co-author of nearly 60 National Register of Historic Places nominations. Allen’s writing on architectural history includes chapters in The Making of An All-America City: East St. Louis at 150 (2011) and Buildings of Missouri (forthcoming, 2015; edited by Osmund Overby) as well as numerous scholarly and popular articles on topics ranging from the Pruitt-Igoe housing project to the evolution of industrial architecture in St. Louis. Allen is a contributing writer to Next City, where he covers both national and regional historic preservation and urban planning issues. Allen also serves as a board member for an architectural study foundation, the National Building Arts Center, and the regional mid-century modern preservation group, Modern STL. Additionally, Allen sits on the advisory board of the national social impact organization American Communities Trust, and has served as grants reviewer for both the St. Louis Regional Arts Commission and the J.M. Kaplan Foundation’s Innovation Prize. He has named cats after Oscar Niemeyer and Harland Bartholomew, but is not necessarily a modernist himself.

Elyse McBride has been an active member of the Webster Groves Historic Preservation Commission since 2011. Additionally, she has contributed to a number of Historic District nominations, including Glen Echo Park and Bennett Avenue in St. Louis County, and is currently doing property research for Tuxedo Park in Webster Groves. She is also a member of the Construction History Society of America and has published an article, “The Changing Role of the Architect in the United States Construction Industry, 1870-1913,” in their international journal, Construction History. As a volunteer at the National Building Arts Center, she has organized and cataloged several archives related to historic buildings. As an intern at the Missouri Historical Society, she organized and cataloged the archive of St. Louis architect Robert Elkington and researched Northwest Coast Native Americans for the Bicentennial Louis and Clark Exhibition. Prior to her involvement in historic preservation, she served as a project engineer for several construction companies, engineering firms and construction consultants. She received architectural and civil engineering degrees from the University of Kansas, an MBA from UMKC, and a Master’s in Art History from Washington University in St. Louis.